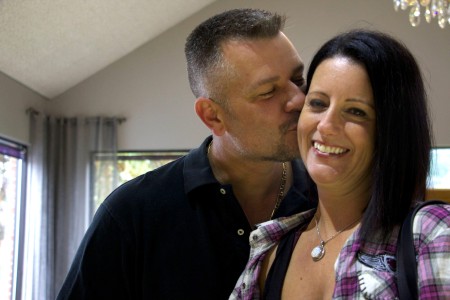 Welcome to the New Premier Jewelers

Congrats to Jess and Michael

The two had been high school sweethearts and reunited after 20 years of missed connections.
As soon as they were together again, Michael began planning to propose to who he knew was the one. He met with Richard here at Premier, and together they worked on designing the perfect ring.

Impatient to show his love for Jess, Michael decided on the fly to propose before the ring was ready. As Jess told us, “He was actually so nervous, but he just can’t keep secrets.”

So what could he do? Believe it or not, Michael got down on one knee and proposed with a photograph of the ring design.

We’re going to have to give you points for creativity, Mike, because she said yes!

The two came in for their complimentary ring cleaning last week. We want to wish them a happy three year anniversary, and many more joy-filled ones to follow! Congrats!

Welcome to the New Premier Jewelers